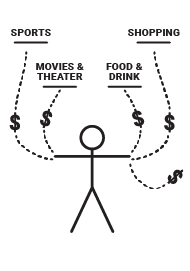 Something needs to be said.

When we talk about helping, in Jesus’ name, to reduce the under-age-5 child death rate in 40 countries, it is not “either / or”.

It’s not either supporting some other mission project or making a donation of $50 a year to Mission Match to help reduce child deaths.

It’s not either going to lunch at a favorite restaurant or helping reduce child deaths.

This page is designed to help you sort through the noise.

Lifestyle Statistics to Help You See the Idea.

One working estimate is that it would take $5 billion a year to make a major impact on reducing the under-5 child mortality rate around the world.

So what’s the point? Isn’t it hard to keep a straight face and say that it’s either / or when we talk about having our morning coffee or making a $50 a year contribution to Mission Match to help, in Jesus’ name, a bunch of little kids to make it to their fifth birthday? Drink up, and donate your drop in the bucket.