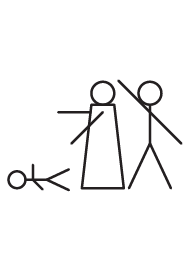 Why should I give to reduce global child deaths when I get so many requests to donate to so many places?

A part of the genius of philanthropy in the U.S. is that it’s like a smorgasbord. Lots of choices to pick and choose from that fit each person’s taste.

But that doesn’t mean that there aren’t some base priority needs that everyone should be concerned about in addition to whatever other causes are supported.

Little kids dying around the world before they reach age five, from things that should be easy to fix, is such a base priority.

Unlike many causes for justice, nobody is fighting to keep these babies dying. It’s more due to circumstances rather than to resistance to solutions.

That means these little kids are dying because we let it happen. And that’s just not right.

Definitely, we should each keep picking and choosing from among the many options we have to do good.

But anyone who likes Jesus at all should also be helping these little kids. And Mission Match can help you help them without a lot of trouble to you, so you can keep doing all the other good things you do, too.

These 40 countries were not on target to meet goals set by world leaders to reduce their under-age-5 child-death rates as of 2015.

The year 2015 was the second of two target dates set by world leaders. The goal first was set in 1990, when 159 countries agreed to reduce by one-third the Under-5 Mortality Rate (U5MR) by the year 2000. That goal was not met, and 188 world leaders endorsed the Millennium Development Goals in the year 2000, with a new target date of 2015. This time the goal was to reduce the U5MR by two-thirds from the 1990 rate. That goal was not met.

Is it even possible to reduce the rate of child deaths?

Yes! Progress has been made in many countries in the years from 2000 to 2015, including these 40. It’s just that these 40 are making slower progress than is necessary to meet the goals, and so need some extra effort.

If progress has been made, including in the 40 countries, what’s so bad about missing the 2015 goal?

At empty tomb, the difference between the actual U5MR in the world and the target rate is called the “Promise Gap.” World leaders promised the world’s children to reduce global child deaths to a certain level. And global government and private leaders did make progress. But they did not reach the target rate levels.

Now new goals to reduce the world’s U5MR have been set. A world average U5MR reduction goal for 2035 is 15. If we get organized, we can help meet each year’s goal between now and then.

So why go through churches?

Churches have one of the broadest networks of distribution channels available. Churches, in theory, are committed to making a difference in a hurting world and to do it in Jesus’ name. And churches still have access to up to 70% of the people in the U.S. who still self-identify as Christians. Some people say churches are Jesus’ hands and feet, to show God’s love to the world at this point in history.

empty tomb research shows that church people have the potential to increase giving, and there is evidence they will do it if they have a good reason to do so. The problem seems to be that churches are not currently mobilized to help close this Promise Gap. So Mission Match is designed to encourage churches and church people to act on their potential for greater good.

If all the government and other agencies haven’t closed the gap, why can the church do it?

In baseball, there’s a cleanup hitter. Get the bases loaded and then bring up the hitter who can sock it to that pitch and bring those runners home. Teams even have more than one cleanup hitter, and this group is called a cleanup crew.

We think of the church that way—as a cleanup crew. A lot of the heavy lifting has been done on reducing the rate of global child deaths, including some of it by church agencies. Now, the world efforts need a boost. With its broad-based support of church people, its traditional commitment to Jesus loving the little children of the world, and its broad network of delivery channels, churches can rise up and provide the needed and focused energy and leadership to help close the world’s Promise Gap by helping these 40 countries reduce their under-age-5 death rates.

Both UNICEF and the World Health Organization have published a lot of information about the health of children, and goals set to reduce the world’s Under-5 Mortality Rate (U5MR). An empty tomb review of available data found 40 countries were not on target, as of 2015, to reach the next U5MR reduction goal set for 2030. A detailed description of the analysis is available in The State of Church Giving through 2015: Understanding the Times, 27th edition (Champaign, IL: empty tomb, inc., October 2017), pp. 151-158.

The children in these countries are dying from 22 causes. (PDF)