This video, with English subtitles, shows Gerson Cinaldo, OEIDIH Director, and Daniel Sainvilier, Administrator. In addition, Gerson Cinaldo is in charge of the Jardin del Eden orphanage, which the Iglesia Cristiana Vida Nueva has been helping.

(more videos and photos after the article)

Of the 40 countries on the Mission Match list, Haiti is the only one in Latin America and the Caribbean.

The Iglesia Cristiana Vida Nueva (Christian New Life Church), pastored by Rolando Cruz in Ponce, Puerto Rico, has been helping an orphanage in Haiti since 2011. Even though Puerto Rico is still recovering from Hurricane Maria (2017), this church has continued to help these orphans.

The church works with Gerson Cinaldo, who oversees the Jardin del Eden orphanage in Haiti. In addition, Gerson Cinaldo is the Director of OEIDIH (International Evangelical Organization for Integral Development of Haiti) that includes a network of orphanages in Haiti.

In 2020, Pastor Rolando learned that financial support from the mainland U.S. to the orphanage in Haiti was down during the COVID pandemic. As Pastor Rolando wrote in the cover letter with his congregation’s Mission Match application: “The situation in Haiti is difficult since the actual pandemic. Churches in the states stopped sending their monthly contributions … We need to help them because now they are rationing food to stretch the food supply.”

“… they are rationing food to stretch the food supply.”

A mutual friend familiar with Mission Match told Pastor Rolando about the availability of Matching Contributions. Pastor Rolando described what came next: “At first we were hoping to raise one thousand [dollars to be matched] …” The church planned to provide food and drinking water for one orphanage for at least two months.

The Pastor went on: “But the response was so huge and that was a faith booster. We did not expect people to give so much with a pandemic going on. We experienced Ephesians 3:20 again and again.”

“Now to him who is able to do immeasurably more than all we ask or imagine, according to his power that is at work within us …”
(Eph. 3:20, NIV).

The church requested a $3,000 Mission Match Matching Contribution. On their application, they used the Other option, for Nutrition, “to provide food and essential expenses for food preparation.”

By the end of the project, the church had raised $3,000 to be matched. With the Mission Match Matching Contribution of $3,000, they had $6,000 to purchase food. Seeing the results of the congregation’s efforts, Gerson Cinaldo decided to provide help to a total of eight orphanages in the OEIDIH network, including food and food preparation supplies, for at least two months for each one.

Helped a total of eight orphanages with food and food preparation supplies for at least two months for each one.

More blessings came from this church stepping out in faith. A friend of Pastor Rolando saw his Facebook page about the effort to raise the money for the orphanages in Haiti. This friend is on the board of a foundation in New York. Through this contact, the foundation sent $3,000 directly to OEIDIH in Haiti in addition to the church’s efforts.

Pastor Ezequiel, now a pastor in Indiana, was formerly in Haiti and is the founder and CEO of OEIDIH. Thanking God for the efforts of the Iglesia Cristiana Vida Nueva and Mission Match, he wrote: “When a people cry out in faith the gates of heaven open limitlessly to bless. Today there are no words in my heart to express gratitude to the heavenly Father for all that He has done and continues to do in our ministry.”

In a follow-up report, Pastor Rolando wrote: “People in our congregation were challenged by the commitment of Mission Match to this project. Now we have people helping every month which never donated before. There is a new convert lady that came to Jesus because of our Haiti project. She is giving to Haiti and the church consistently … Thank you for being our partner in this project.”

The Purchasing Power Parity is a measurement that allows comparisons between countries and currencies.
Here are four GNI (Gross National Income) per capita PPP measures in 2018: 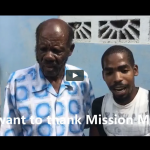 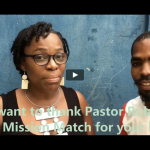 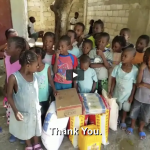 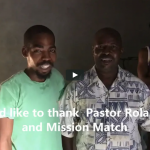 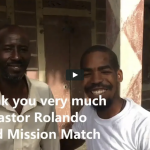 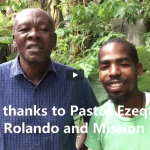 Church of Christ - Le Phare Orphanage, Pastor Dieugrand
These videos, with English subtitles, hear from representatives of the other seven orphanages that received the food, with Daniel Sainvilier serving as translator from Creole to Spanish in six of the seven videos: 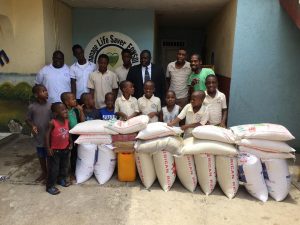 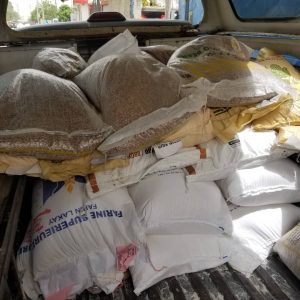 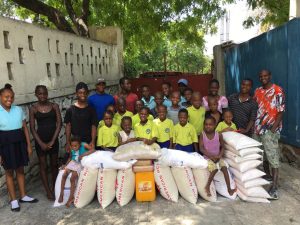 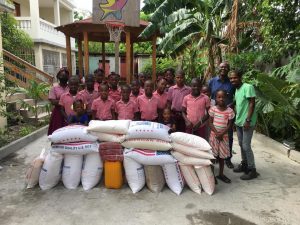 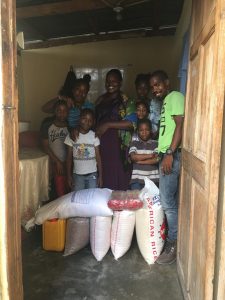 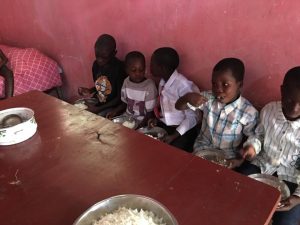 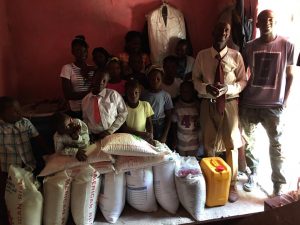 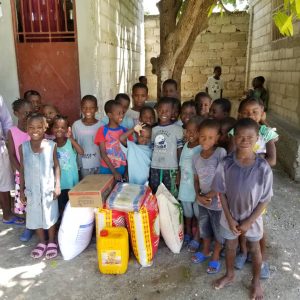 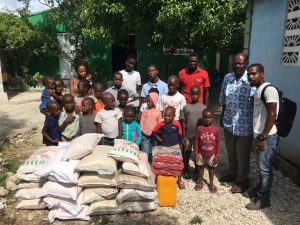